LOW TIRE PRESSURE WILL BE CRITICAL.

The SFT grooming woes continue, between crappy snow and groomer break-downs here’s where we stand.

The north loop (red) has not been groomed since Wednesday morning, and the dog walker walked down the middle of that. The Blue loop has a couple of laps with the tracksled and the sled behind it and the southern half of the orange loop was done with tracksled and pan. Most of the walking trails around the blue and orange loop were hit last night before the clutch on the tracksled seized up and it became a really large paperweight.

Here’s a map to the trails.

Disc golf has not been groomed since Wednesday. See everyone at Big M Saturday morning for the Big M Firetower fat bike race. 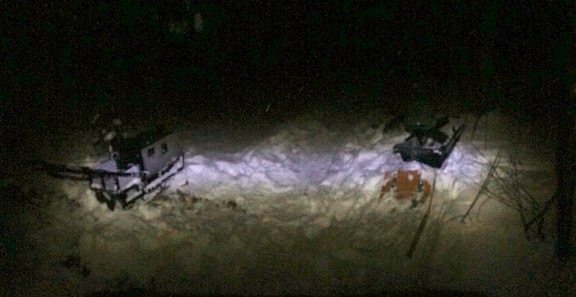